About the Ipad Air (4th Generation)

The iPad Air (4th generation), informally referred to as iPad Air 4, is a tablet computer designed, developed, and marketed by Apple Inc. It was announced by Apple on September 15, 2020. Pre-orders began on October 16, 2020, and shipping began a week later on October 23, 2020. The device closely resembles the design of the 11-inch iPad Pro (3rd generation) and has several features that were previously exclusive to the iPad Pro line, such as support for Magic Keyboard and the second-generation Apple Pencil. It is available in five colors: Space Gray, Silver, Rose Gold, Green, and Sky Blue.
With an introductory price of $599 (USD) for the Wi-Fi configured model and $729 (USD) for the Wi-Fi + Cellular configuration, Apple's fourth-generation iPad Air has drawn criticism for being more expensive than its predecessor. In general, though, the iPad Air 4 has been widely praised by consumers and tech reviewers alike, with Henry T. Casey of Tom's Guide saying it is "the best tablet for most people" and "one of the best iPads ever," and with James Peckham of TechRadar calling it "a phenomenally well-made tablet." PCMag.com included the iPad Air (4th generation) in its Best Tech Products of the Year list in 2020 and awarded it their Editors' Choice for high-end tablets.The 4th generation iPad Air was discontinued on March 8, 2022, following the announcement of its successor, the 5th generation iPad Air.
Purchase a Ipad Air (4th Generation)


The text above came from the IPad Air (4th generation) article on Wikipedia, licensed under the CC-BY-SA license.
AdultFolio are in no way affiliated or endorsed by anyone associated with this topic. 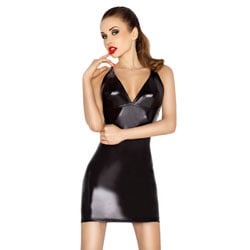